Three is a magic number, yes it is, yes it is - but it's also the name of an art-group consisting of three young Japanese artists who generally choose to remain anonymous. Last January Three staged an interactive installation at Shiseido Egg Gallery titled “eat me.” Roughly 7000 individually packaged candy was hung from the ceiling in the shape of a house. Visitors were encouraged to eat the candy but dispose of the wrappers in the corner of the gallery. The house eventually disappeared at the hands of the visitors, leaving just a pile of trash. Via Spoon and Tamago. 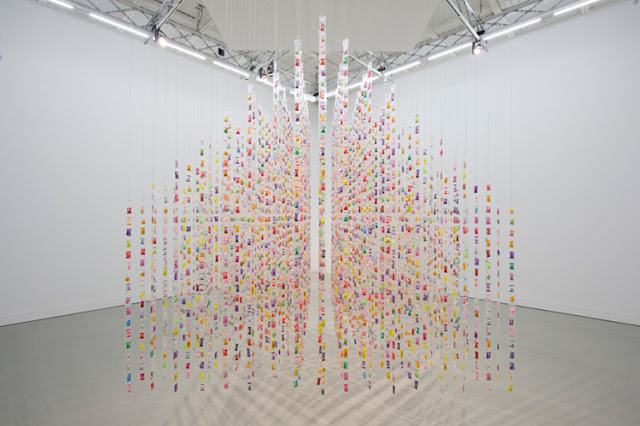 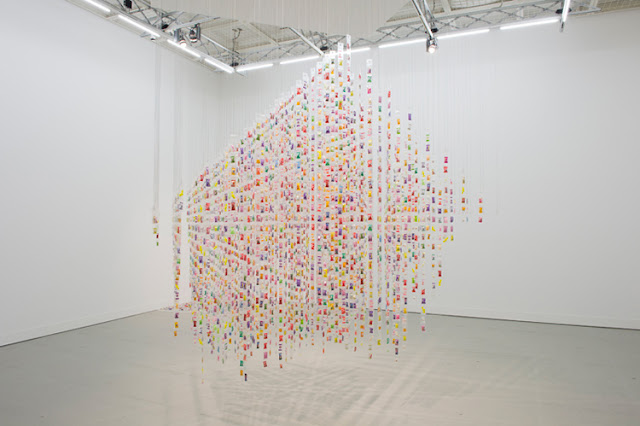 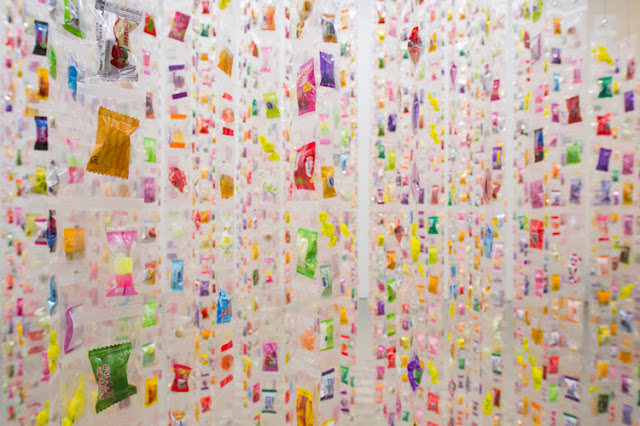 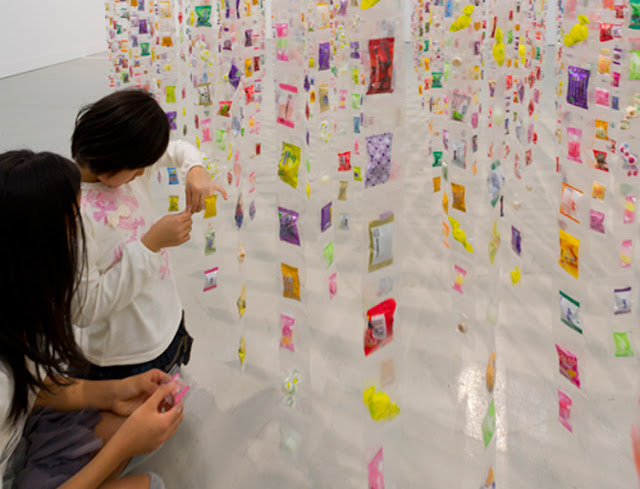 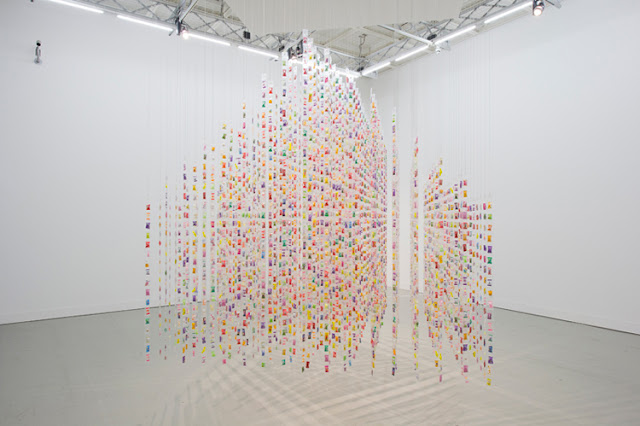 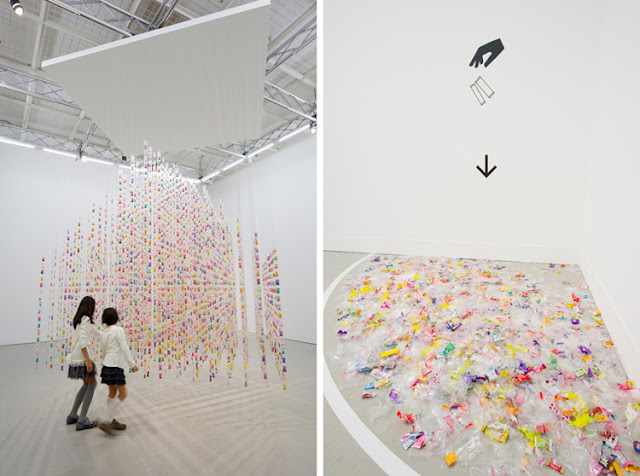